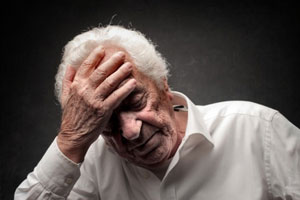 Our elderly deserve only the best treatment.

There are three primary forms of elder abuse. If you think you or a loved one is suffering from one or more of these types of abuse, doing something about it as soon as possible is important. There is no time to waste.

Neglect is a form of elder abuse in which a caregiver fails to provide the senior with basic needs. This includes water, food, shelter, medical assistance, personal hygiene products, heat or air conditioning. It includes excessively medicating an elder or not positioning and/or moving an elder resulting in bedsores. Remember, seemingly non-serious forms of neglect (such as dehydration, bedsores, etc.) can be life-threatening to the elderly. In fact, we have handled too many elder abuse cases where a single, serious bedsore led to a serious infection to an elderly person, ultimately resulting in death. The key lesson to learn from this is that neglect to an elder must be taken seriously because they often do not have the ability to withstand physical neglect. Children and the elderly are particularly susceptible to neglect. As with any form of elder abuse, neglect should be promptly reported to the appropriate authorities.

Physical abuse is the infliction of bodily injuries on an elder. Seniors or their loved ones should immediately report physical abuse to law enforcement by calling “911” or Adult Protective Services. In addition, consult an attorney who specializes in elder abuse cases.

Physical elder abuse is the neglect or mistreatment of an elderly person (typically a person age 65 or older). In California, if a person over age 65 is neglected, such neglect in considered elder abuse and there are special laws that were enacted to protect elders from such harms. If elder neglect/abuse results in injuries to an elder, then an attorney that specializes in elder abuse should be consulted because it is one of the most effective ways (and often the only way) to stop the abuser.

Unfortunately, elder abuse is far too common. Some 1.6 million people in the U.S. live in approximately 17,000 licensed nursing homes on any given day, and over a million persons live in about 45,000 plus residential care facilities, variously known as personal care homes, adult congregate living facilities, domiciliary care homes, homes for the aged, and assisted living facilities. [See, Elder Abuse in Residential Long-Term Care Facilities: What is known about Prevalence, Causes, and Prevention, June 18, 2002.] While a number of studies have estimated that between three (3%) and five (5%) percent of the elderly population in the U.S. have been abused, the Senate Special Committee on Aging estimated that there may be as many as 5 million victims of elder abuse and/or neglect every year! [See article by the National Center on Elder Abuse.] Further, the available data indicates that only one (1) out of every fourteen (14) abuse/neglect cases is ever reported to authorities. And, while the elderly are already extremely vulnerable to abuse, issues of mental impairment and dementia are additional significant factors that make seniors even more susceptible to elder abuse and/or neglect. Accordingly, elder abuse is a very serious problem that continues to plague our society.

Elder abuse happens everywhere – in poor, middle class, and upper-income households and in far too many long-term care facilities. It is a problem that has no demographic or ethnic boundaries. Because family members, close friends, and even professional caregivers are often the culprits of abuse and neglect, it is often difficult to discover and even more difficult to accept.

Financial Abuse is the mismanagement of money, property or other assets belonging to an elder. Anyone who has access to an elder’s personal information, such as bank accounts, credit cards, checkbooks, etc. can potentially steal from them. Once again, the elderly are particularly vulnerable to every form of abuse so be careful about whom you trust. Elders of their loved ones should take steps to protect the elder from financial abuse.

How To Protect Yourself From Financial Abuse

When to suspect you or someone you know may be a victim of financial abuse:

Have Questions about Elder Care Law?

Contact an experienced California attorney who specializes in representing victims and family members of those who have suffered abuse or neglect in a nursing home or assisted living facility.